A symbolic sculpture produced for the 1964 National Exposition, this monumental work 11 metres tall and weighing five tonnes, illustrates in a stylised manner one of Switzerland's oldest myths. The four raised hands of this sculpture relate to the four national languages. At the end of the Exposition, the original work was donated to Uri Canton: what one sees here is therefore a replica. 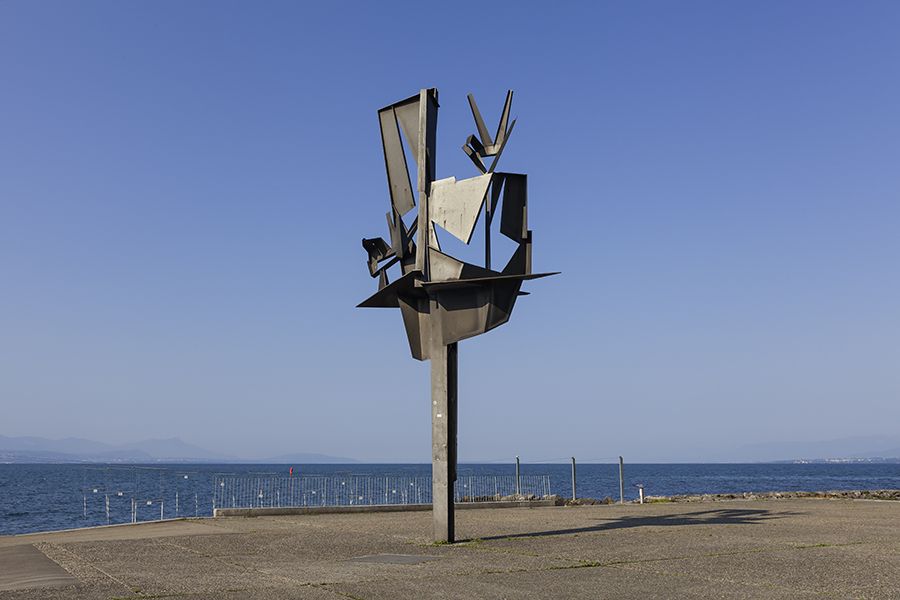 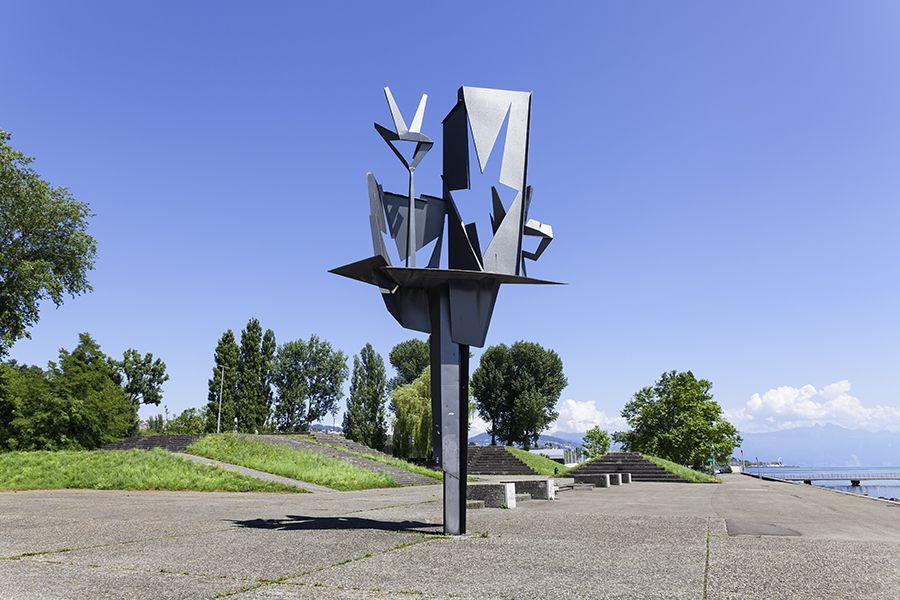