5. The Domain of Dorigny

Since 1906, Coubertin thought to establish a permanent site for the Olympic games on the banks of Léman. 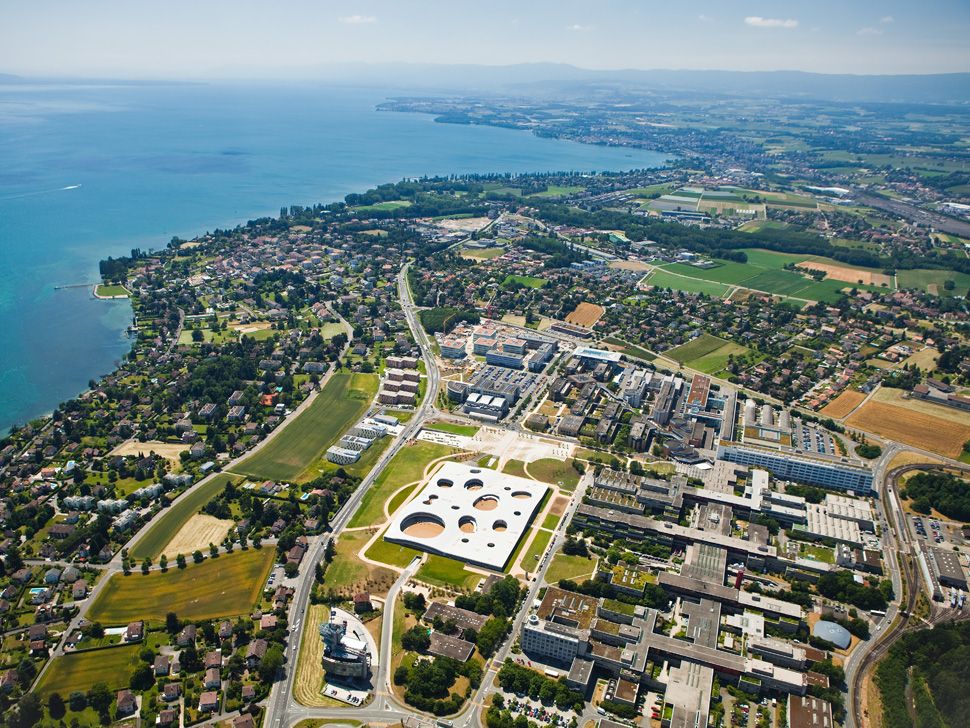 The Domain of Dorigny today

In 1911, he organizes to this effect an architectural competition, which is brought back by the architects Monod and Laverrière for a project situated at Morges. They received the gold medal for the first Olympic artistic competitions organized at the Games in Stockholm in 1912.

In 1918, a new project, inspired by the preceding one, is envisaged by Alphonse Laverrière for the agricultural domain of Dorigny. A public subscription for an «Olympic society» is launched but without success. The Olympic stadium is envisioned precisely at location of the building «Unithèque» (better known under the name «Banane») at the University of Lausanne, moved to the site in 1970 from the Palace of Rumine. It was envisioned that a tramway would link Olympia to the city center, which is the case today. A more modest university athletic center stands at the edge of the lake, and the entire shore all the way to Vidy and Ouchy became a sport and relaxation zone.