1. The train station of Lausanne

Our journey starts at the train station in Lausanne where Pierre de Coubertin arrived for the first time without a doubt in 1906. It is in fact during this year that the tunnel of Simplon was opened, which greatly facilitates the movement from France to Italy, Coubertin’s favorite destination since his youth. 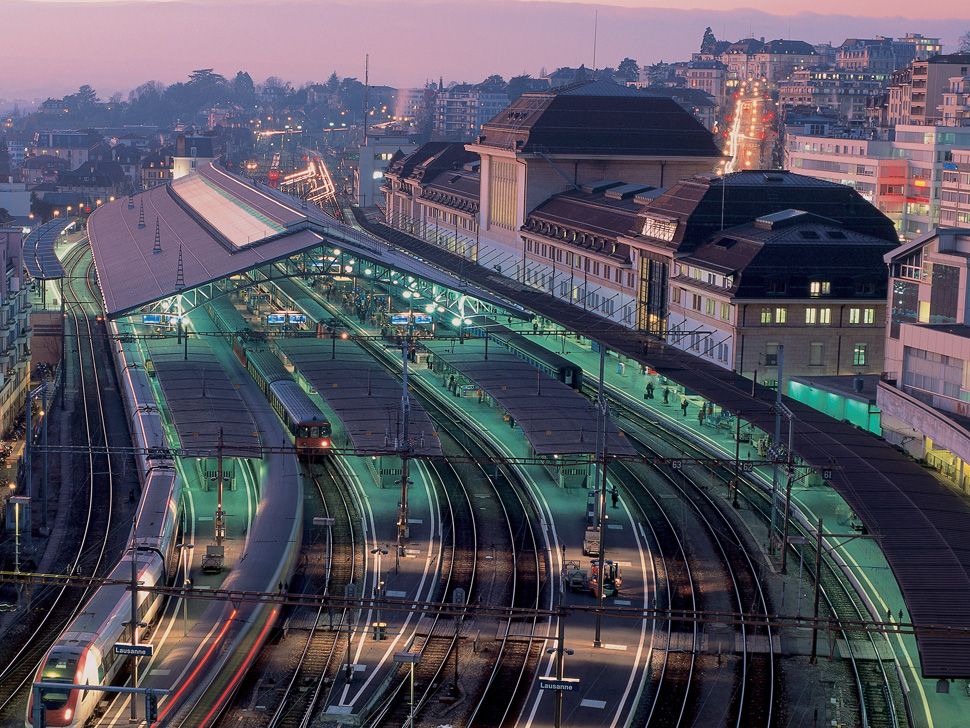 The train station of Lausanne

It is also through Lausanne that he discovers the Waldensian country, the land of his friend the Baron Godefroy de Blonay who invites him to his castles. It is during this period that Coubertin decrees in an article of the Olympic Review that Switzerland is the «queen of sports», that he starts to discover Romandie, and that he considers establishing a permanent headquarters there for the international Olympic Committee (IOC).

The train station of Lausanne (which was completely rather than reconstructed between 1911 and 1916) is still the arrival point of many visitors who visit the «Olympic Capital», the title given by the IOC to Lausanne in 1994. Today, the train station proudly wears the Olympic rings drawn by Coubertin in 1913.