In 1922, Coubertin leaves Paris permanently to move to Lausanne with his wife, daughter and son. The following year, the Municipality lends him an apartment on the third floor of the villa «Mon-Repos». 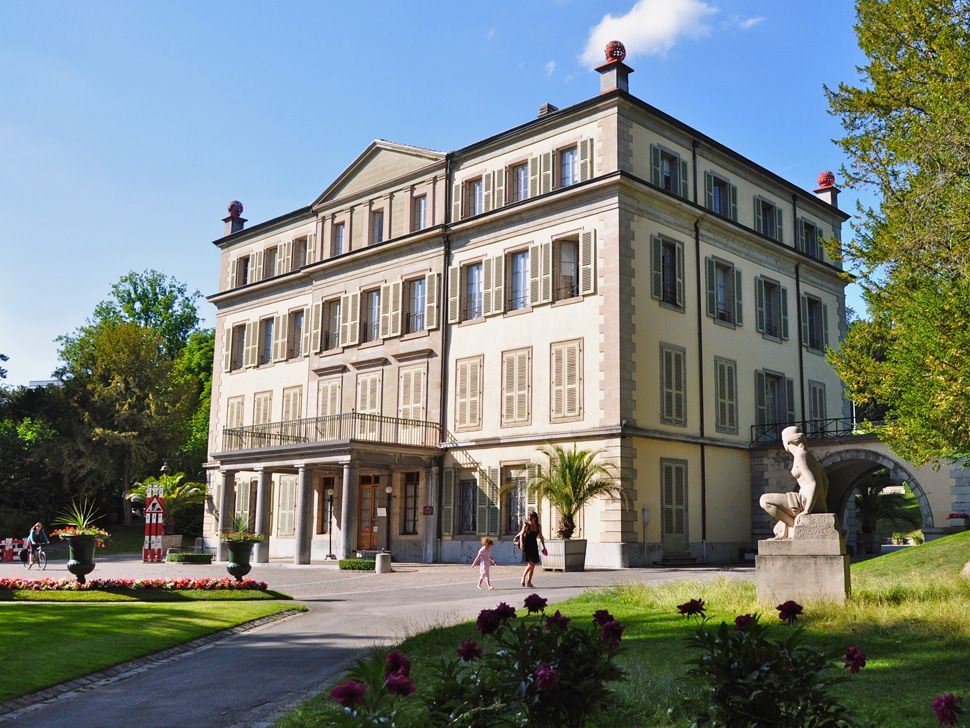 The headquarters and the archives are also set up in the villa along with the first Olympic Museum, which will remain open until the 1960s. The Baroness of Coubertin will live in the villa until 1963 at more than one hundred years old. His children will die before.

After his retirement from the presidency of the IOC in 1925, Coubertin dedicated himself to encouraging a candidature from Lausanne at the organization of the Summer Games and other projects. Today, the villa «Mon-Repos» houses the reception rooms of the city and on the second and third floor the offices of the Olympic Solidarity, the organization that redistributes the Games’ revenue to the national Olympic committees.